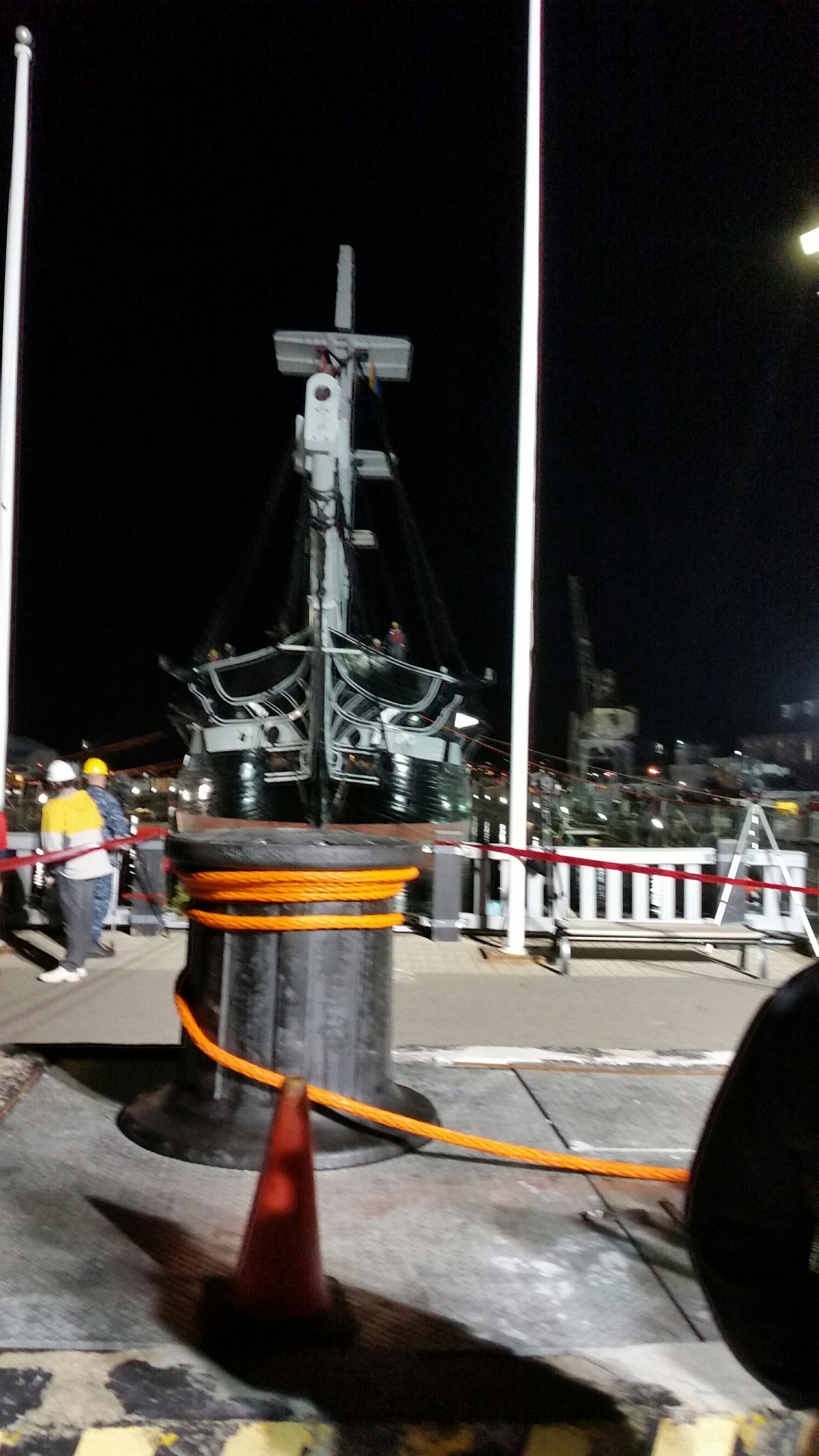 Monday, July 17, 2017, photo the USS Constitution, "Old Ironsides," the world's oldest commissioned warship, sits in dry dock after a more then two year long restoration. The ship is scheduled to be refloated overnight Sunday July 23, 2017 and be docked back at its berth by Monday morning July 24, 2017.

By: Crystal Hill, The Associated Press

BOSTON - The USS Constitution the world's oldest commissioned warship still afloat, has returned to Boston's waters.
The undocking of "Old Ironsides" marked the end of restoration work that started two years ago, officials said. A celebration was held at the USS Constitution Museum.
The wooden ship was launched in 1797 and earned its famous nickname notching victories in the War of 1812.
"The ship has been the cornerstone of the Navy for a long time," said Robert Gerosa, the Constitution's commanding officer. "To be a part of the ship is truly an honor."
The restorations extend the life of the nearly 2-feet (61-centimeter -thick vessel - the last remaining survivor of six ships created when President George Washington signed the Naval Armament Act - said Margherita Desy, a historian at Naval History & Heritage Command Detachment Boston.
A crowd of people gathered around the ship Sunday night to watch as the ship was floated off its blocks and into the harbor.
The ship enters dry dock about every 20 years for below-the-waterline repairs. The most recent work included replacing 100 hull planks and installing 2,200 new copper sheets, 500 of which were signed by nearly 100,000 museum visitors, according to the USS Constitution Museum President Anne Grimes Rand, who called the ship "a wonderful symbol for our democracy."
"it was meant to last for 10 or 20 years, and to have (the) ship here more than 200 years later, it needs constant care," Rand said.
The Constitution entered the dock at the historic Charlestown Navy Yard on the night of May 18, 2015, and on Sunday, July 23, 2017 - a day that was expected to have the highest tide of the summer - the dry dock at the navy yard was flooded, and the ship was lifted off the keel block.
When the height of the water at the dry dock equaled the height of water at the Boston Harbor, the ship was slowly towed out of the dock.
The vessel will be temporarily docked at a nearby pier to undergo more restoration work until September, when it will re-open for public tours. 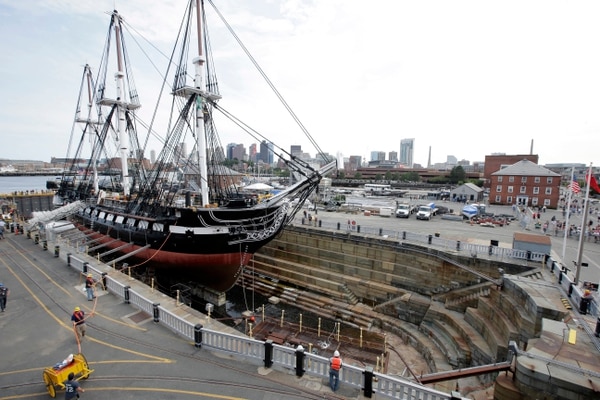