Schoellhorn-Albrecht was awarded a contract to engineer and manufacture three Capstans for the historic Charlestown Navy Yard in Boston Harbor. The Boston Navy Yard, Dry Dock One (DD#1) was commissioned in 1833 by President Andrew Jackson and is the home of the USS Constitution (Old Ironsides)  DD#1 is one of the first two dry docks in the United States and is a historical landmark at one end of the Boston Freedom Trail. The 216 year old warship is set to undergo a three year reconditioning project in early 2015.  The Capstans will pull the USS Constitution into dry dock to begin the renovation.

One of the goals of the project was to keep both the USS Constitution and its’ Capstans as authentic as possible.  The 15HP Capstans feature a whelped barrel and are similar to the old units used on site.  The Capstans maintain the historic integrity while boasting modern electrical / mechanical components.

The Capstans were manufactured at Schoellhorn-Albrecht's St. Louis facility and were delivered in December 2014.

It was an honor for Schoellhorn-Albrecht to be awarded the contract for this historic project. 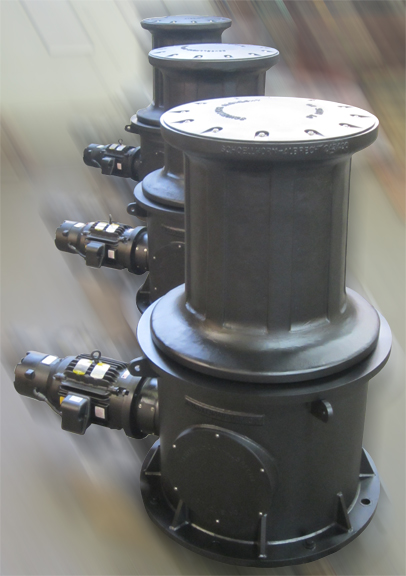